Can You Afford To Save Your Pet’s Life? 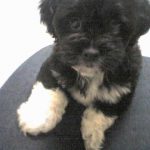 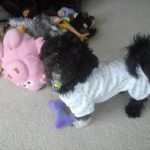 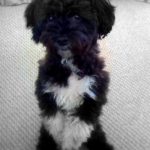 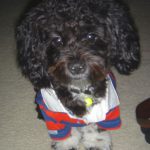 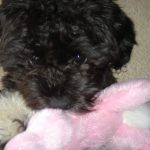 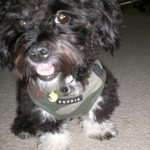 It’s something we often don’t think about ’til too late. PET INSURANCE.

When i was shooting my recent L’Oreal campaign with celebrity hairstylist Christopher John of Garren NYC, he was going through a tragic loss of his beloved pet. Suffering from a fatal condition, his cutie patootie dog was in the veterinary ICU clinging to life for days before he peacefully passed on.

The cost of ICU care? Almost $3000/day. This is not a NYC price, I’ve heard this from friends across the USA. My sister’s cat was uninsured, and when he was diagnosed with diabetes he had a two-day emergency stay that cost $2000. Once diagnosed he was fully treatable, but that’s a lot of money to get to a diagnosis!

No matter what our position or success in life,  no matter how much love you have for your pet, one will take pause & consider spending 3k per day on a sick pet, cuz it’s a heckuva lot of money! If your pet is sick, and the vet is promising that “treatment can work” that’s $21,ooo for a week of treatment. There are CT Scans, MRIs, blood tests, x-rays…

UPDATE: I am happy to announce that as of April 20th, 2009 Milo is insured! (there’s a waiting period of 2 weeks from time of enrollment)

From that date on I will breathe a sigh of relief, should anything go tragically wrong, Milo will be covered for $10,000 of medical care with a mere 10% co-pay every single year for the rest of the years he blesses this earth. Cost of my peace-of-mind? $220/year.

I’ve researched all the pet insurance companies and decided that, in my opinion, Embrace Pet Insurance is the #1 choice. Milo agrees. He points out that they are underwritten by Lloyd’s of London. He’s into name-dropping 😉

The Customer Service reps have been fawning over him via email and phone since enrollment. These are pet lovers, real people who answer the telephone and pass cute pet pics around the office. They also offer the most customizable plans, so you don’t pay for what you don’t need.

EYE OPENER:
The pet care products placed in vet offices are PAID placements. The food, the brochures, it’s all ad revenue for the vet. I don’t blame them, after all they are businesses, but still… VPI pet insurance, most prevalently advertised in vet offices, only gets a 4.5 out of 10 by customers who reviewed it. My choice, Embrace, received a 9.2 out of 10. Don’t buy into a plan that’s going to try to weasel out of every claim. What’s the point?

MONEY-SAVING TIP:
The drop-down menu on the site registration only allows you to select pure breeds. i signed up online, paid… and then called a couple days later to update his policy that he is a Pekepoo, not a Pekingese. They said “You get 1/3 of what you paid refunded. Hybrids are healthier than purebreds, so they cost less to insure.”  That phone call saved me $75.

Should Milo one day hurt a paw or eat (another) plushie toy appendage, he will have insurance, and he will thank Christopher’s dog for the lesson passed on in his legacy. ♥